Creative Spotlight: The Magic Behind the Turtle Painting 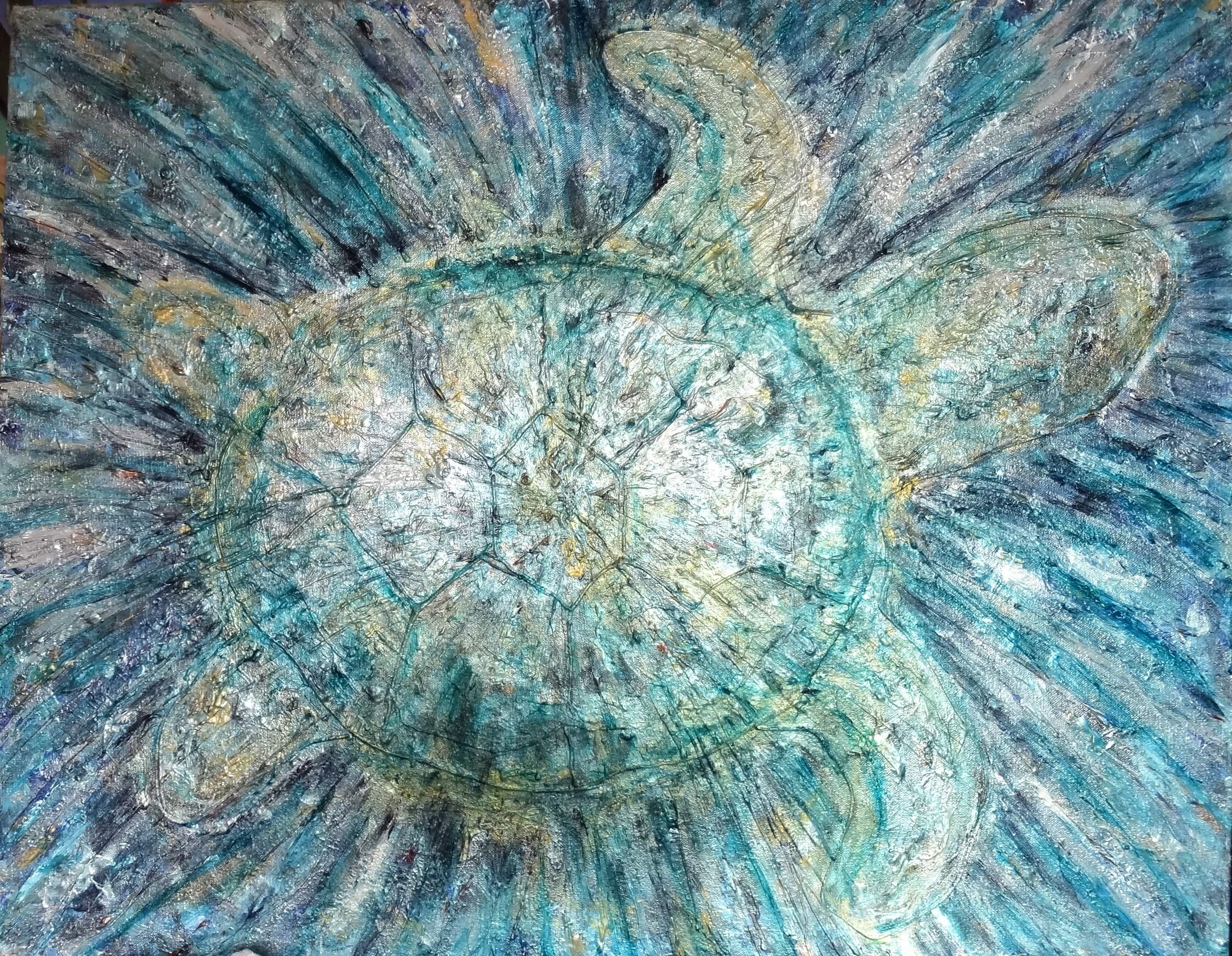 Some of you knew this was coming. I’ve talked of turtles and their magic before, shared with friends, made mentions of one day painting a turtle into one of my artworks. Well, there has been a lot of turtle magic in my life recently, and to tell you the truth, this painting wasn’t planned. It is one of those “just happened” pieces.

8 years ago, became pregnant with my first son. The image of a turtle came to me, and during some connection conversations with a new friend online (Kate!! Who was also pregnant and planning an unassisted birth just as I was), I mentioned that I wanted to paint a turtle image! She had some similar love of the turtle imagery, and I shared about how for me it represented protection over creation, childbirth, mothering.

So, 8 years later, I’m pulling out a canvas that had a painting started on it that wasn’t resonating with me. I started painting over it, an image of a turtle. And it evolved, and evolved some more.

Specs: 24″x30″ acrylic on canvas. Piece is not available for sale yet, as it will be a part of an upcoming exhibit. I will surely announce if/when it is. Perhaps I will finally get around to making prints of my original pieces (another thing I’ve been saying I’ll do for years!), so that everyone who wants some of this turtle magic can have it. This is going to sound silly, but I don’t even know where to begin with doing it! Feel free to point me in the right direction. =)

Okay, so, turtles. Turtles, for me, represent wisdom, peace, tranquility, longevity. They move slowly on earth, glide effortlessly through water. They are so calm, they move through life one step at a time, on no one’s agenda but their own. They are protectors of creativity & mothering, representing the ancient wisdom of the universe, carrying the map on their backs. They bring about peace. This is probably the biggest for me. Thinking of a turtle brings me a sense of quiet that is so refreshing in this busy world. I value leisure and slowing down between bursts of high activity.

This particular piece went through MANY phases. There were 3 different times I was sure it was done, and then I would add to it, then be uhappy with what I added thinking “I ruined it!” and then add more, and then another layer, more “ruining it” stages, and then added more silver and teal over these many many layers, and voila. I *think* it is finished (don’t quote me on that)!

Here is the progression: 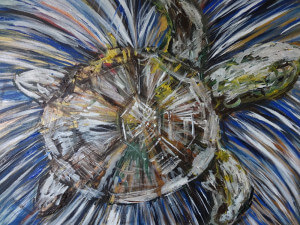 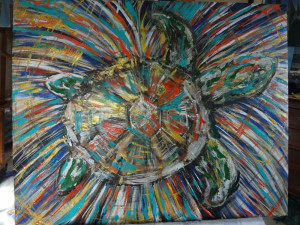 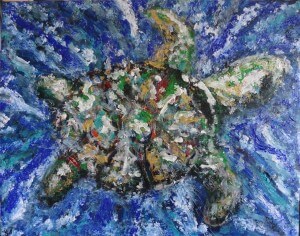 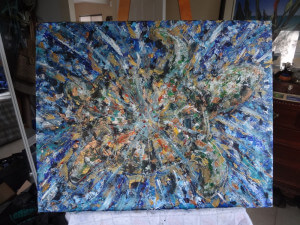 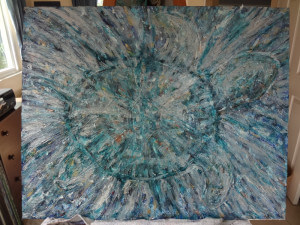 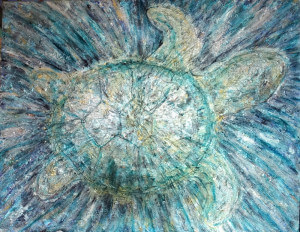 2 Responses to Creative Spotlight: The Magic Behind the Turtle Painting