Typhoon Bavi just missed Guam, passing north, but brought some fun and messy storm waves to Talofofo Bay. It was fun to surf, even if the waves weren’t that great. I spent 6 hours having a blast in the wild mess. We always have a good time at the Bay, especially when a bonfire follows a surf session to warm everyone up. Here are pics of the bay as it typically looks, and then on the day the storm passed closest to Guam, including video footage of surfers.

Here’s how the Bay usually looks: 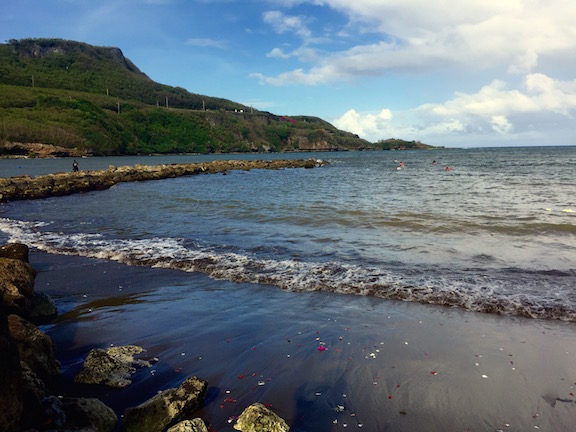 Here’s how it looked this weekend: 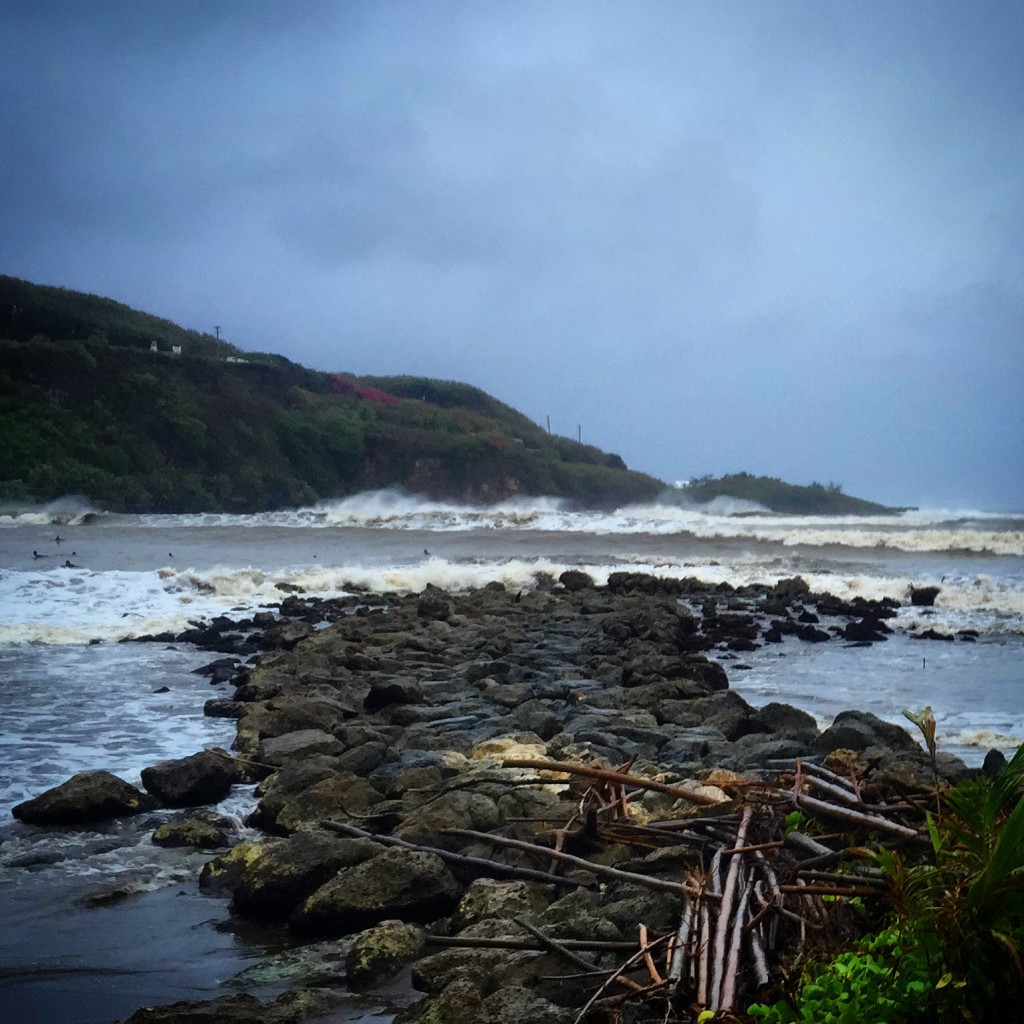 The reef outside the bay: 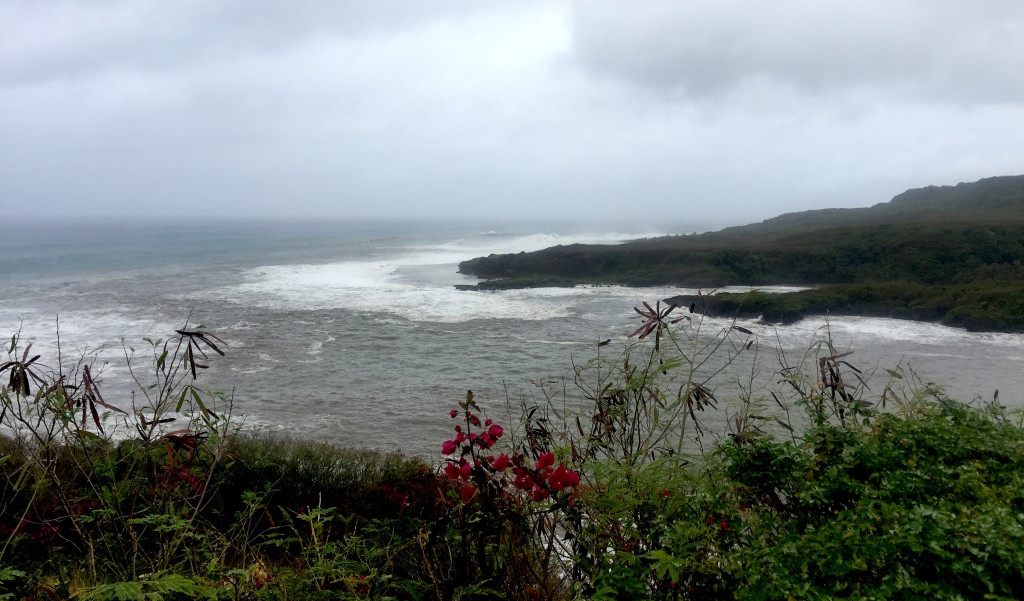 15 foot waves breaking out on the reef, outside the bay: 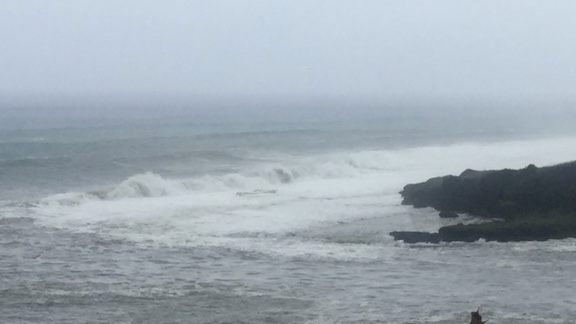 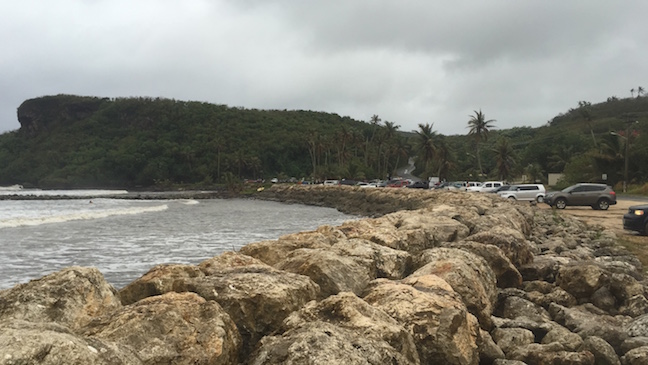 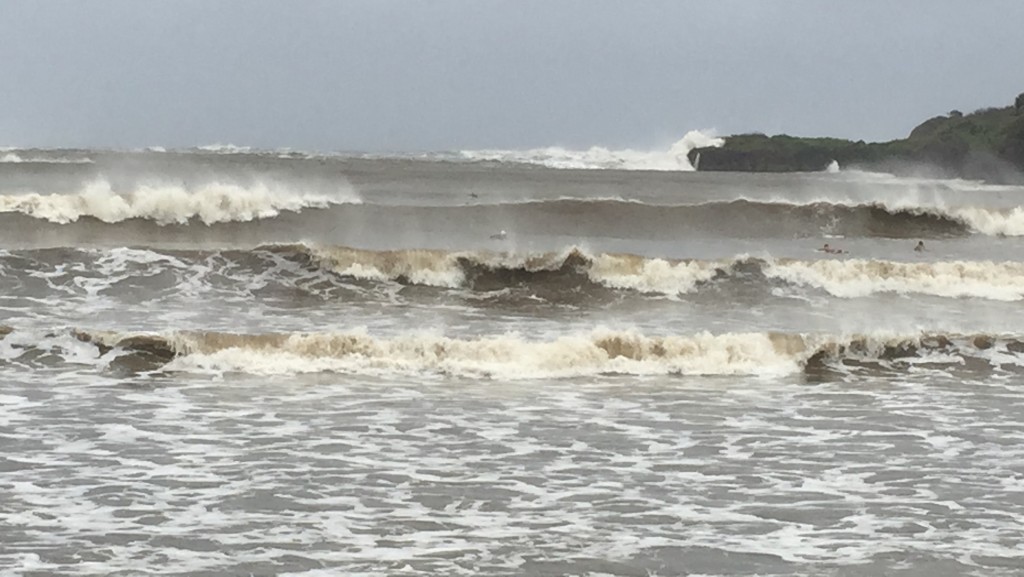 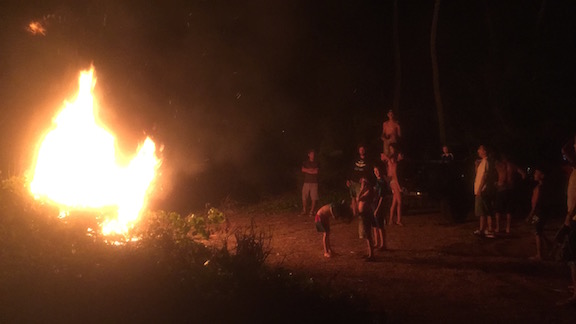