So when I get a commission request, they often show up as an idea and it evolves from there. Here is the a recent request that I received for this almost-finished moonlit jungle painting:

How are you?  We follow you on Instagram and love your paintings!  Our 11th wedding anniversary is in April so we wanted to purchase a painting while supporting your cause.  We had a couple of ideas of what we would like but we would love it if you used your creativeness to take these stories and put it on a canvas with your signature twist.

Idea 1:  The meaning of our son’s name, Tanom, is to plant.  The reason we named him Tanom is because both of our grandfathers were farmers.  We both have childhood memories of helping them harvest, clean, and selling their vegetables.  We were imagining a plant with roots, seeds in the palm of hands.

Idea 2:  Tanom’s middle name is Jesus after Father Jesus Duenas.  Father Duenas is buried in the grounds of Inarajan Church (Rob’s own village :D).  During World War II (Japanese Occupation), Father Duenas would take all the villagers and hold mass in the dark jungles in secrecy.  Rob’s grandmother is in a WWII documentary telling this story.  We were imagining a similar painting similar to your paintings of the jungles and the moonlight, just with no people.

We would love if you told these stories through your painting.  It means the world to us on so many levels.

I love both of your ideas, and I think there I can incorporate the essence of both into the painting. Once the campaign completes, I will email you an invoice for shipping. Thank you so much, and congratulations to you two and your family!

And that’s it, then I start painting! I looked at some of my own jungle photos and some others to get a feel for the scene I would create. 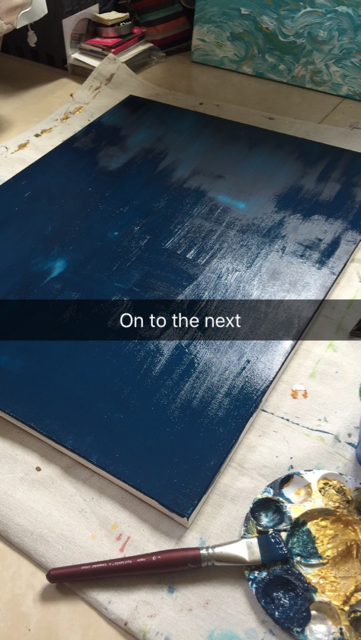 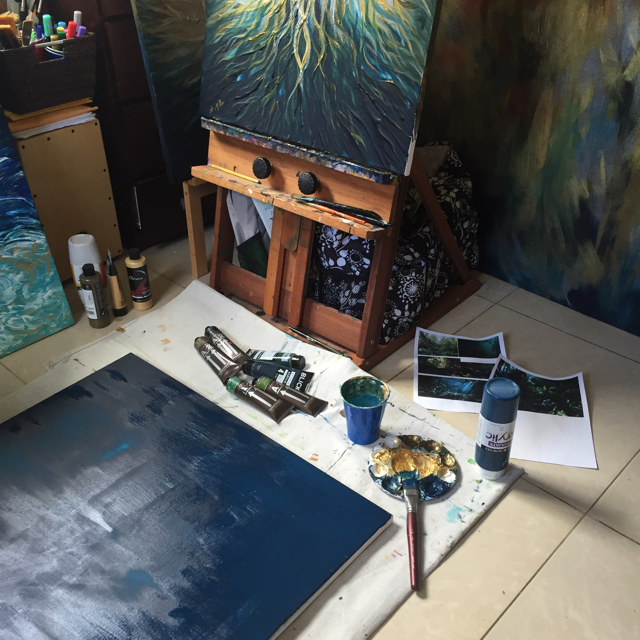 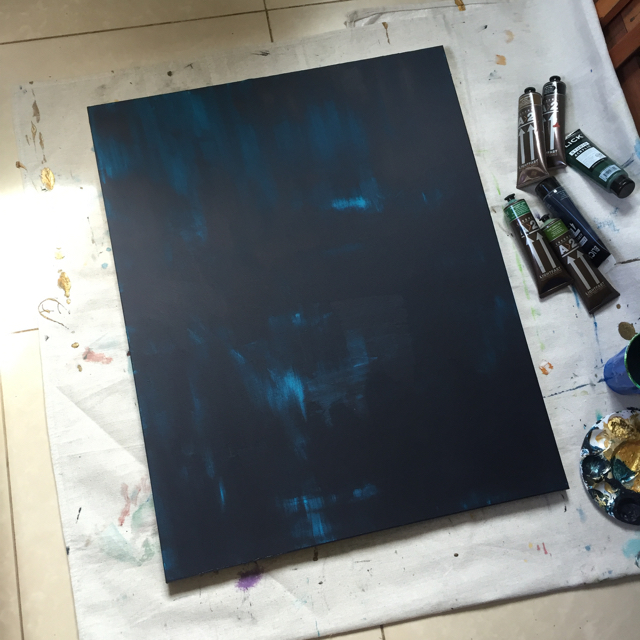 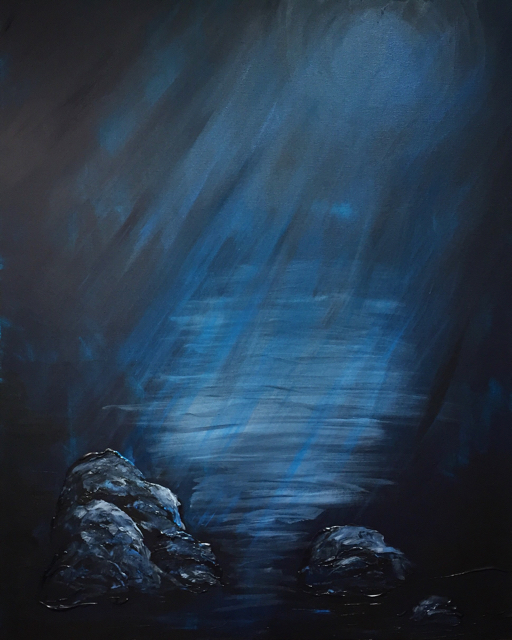 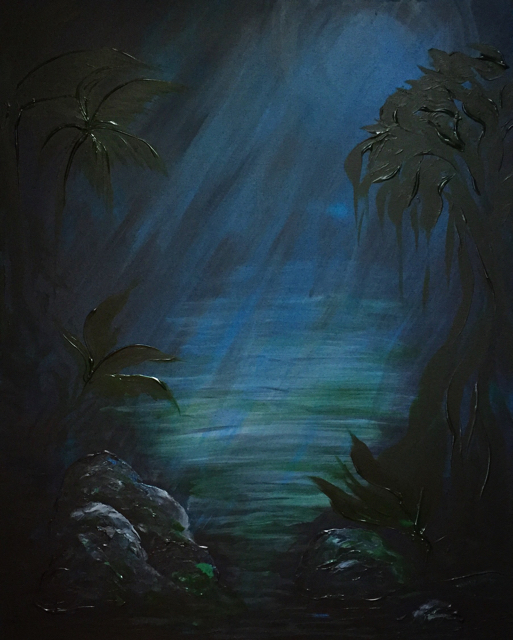 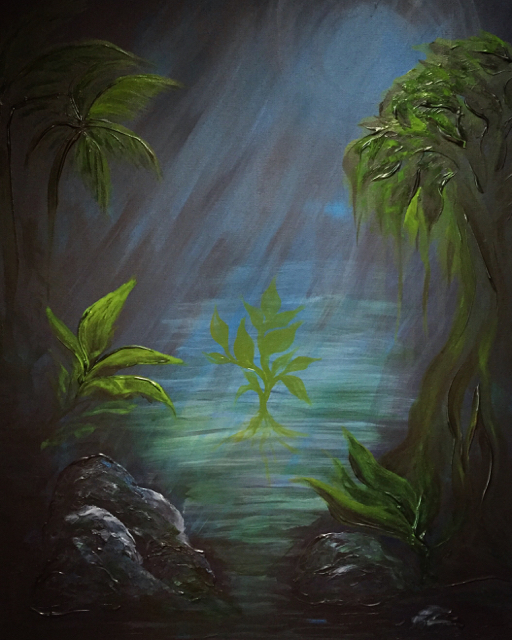 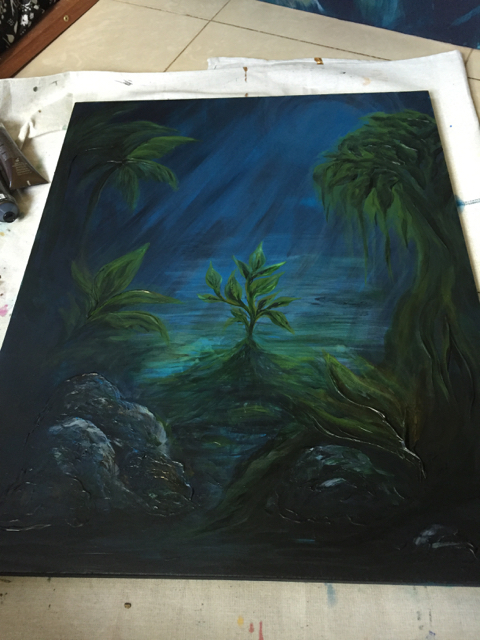 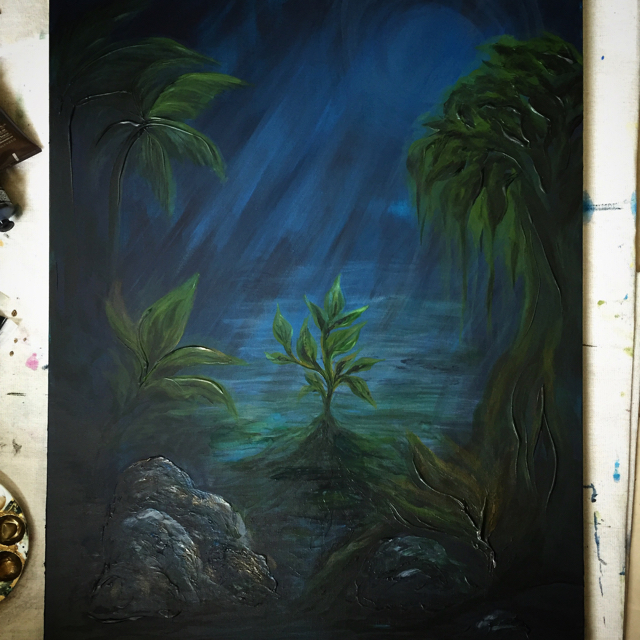 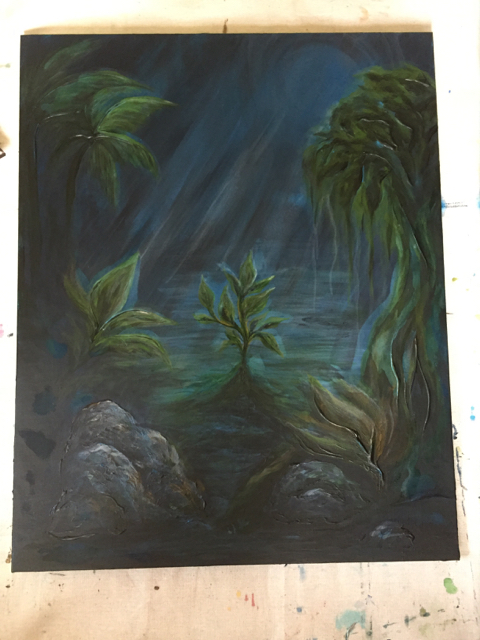 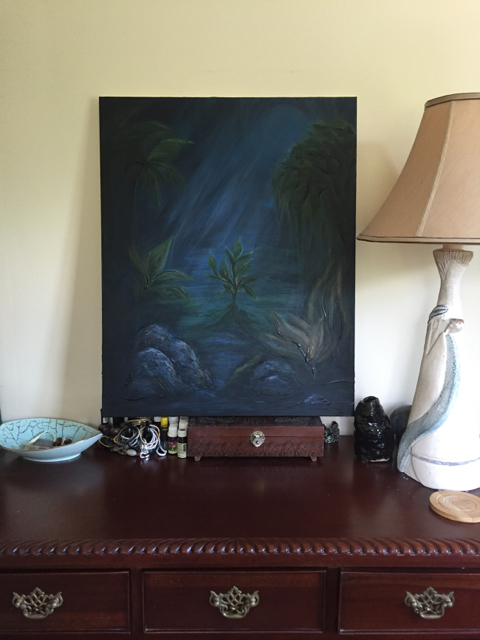 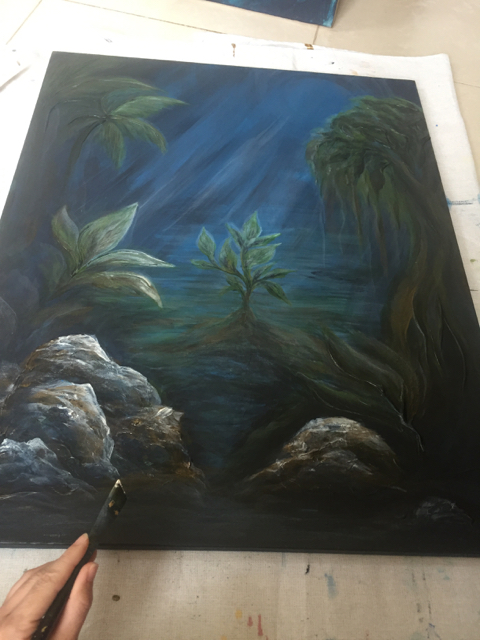 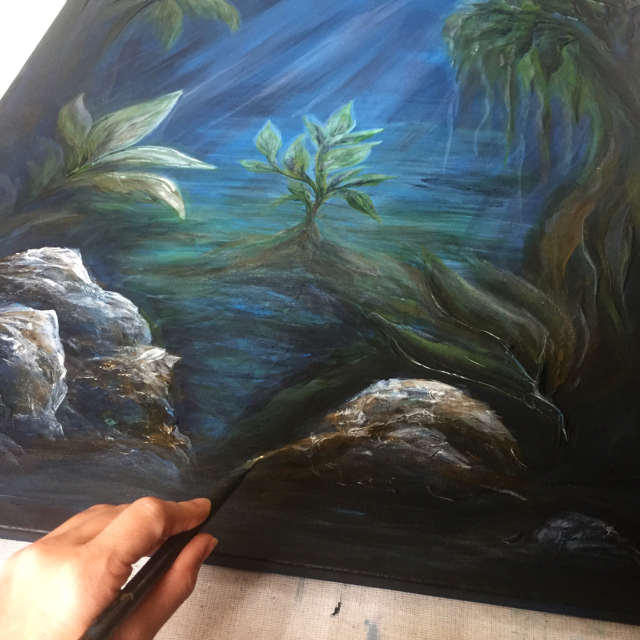 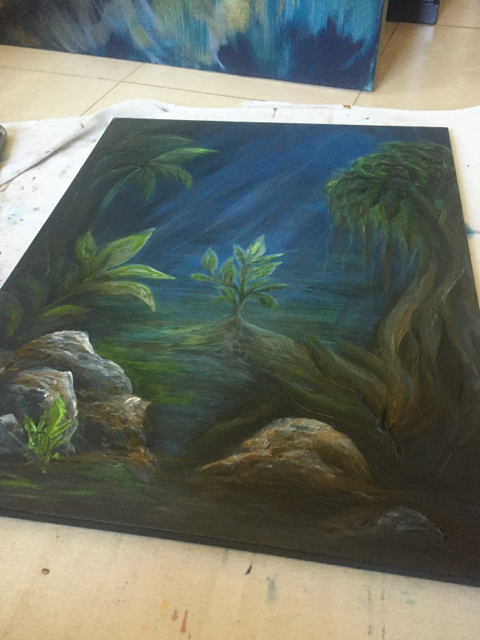 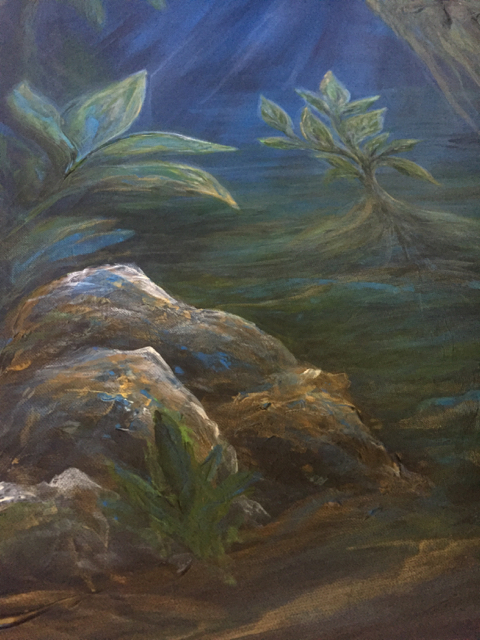 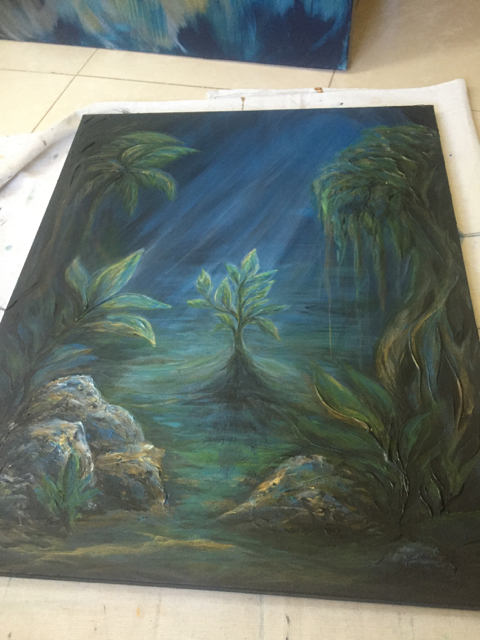 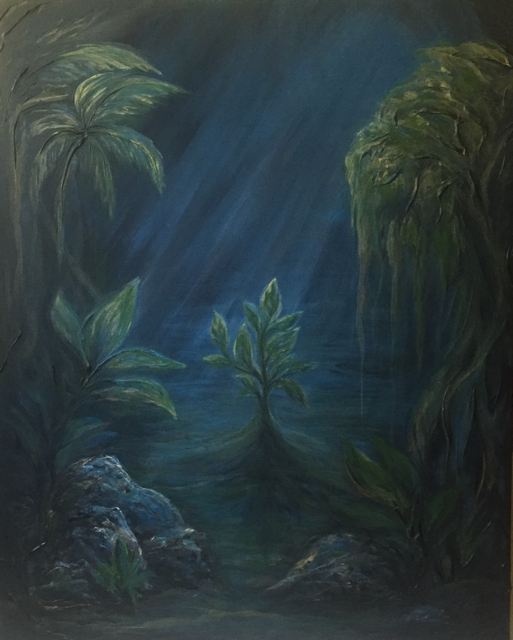 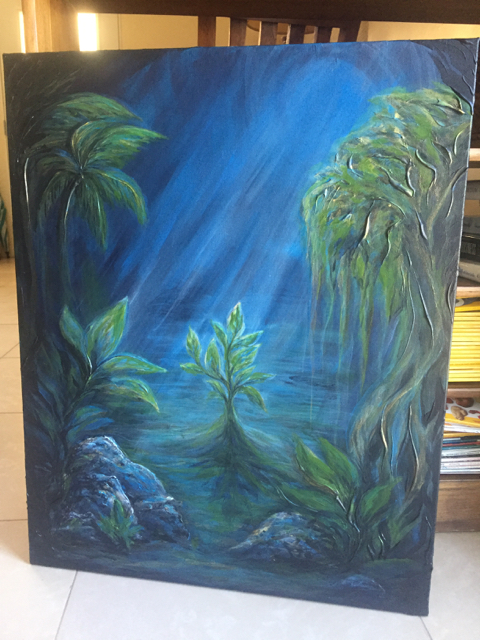 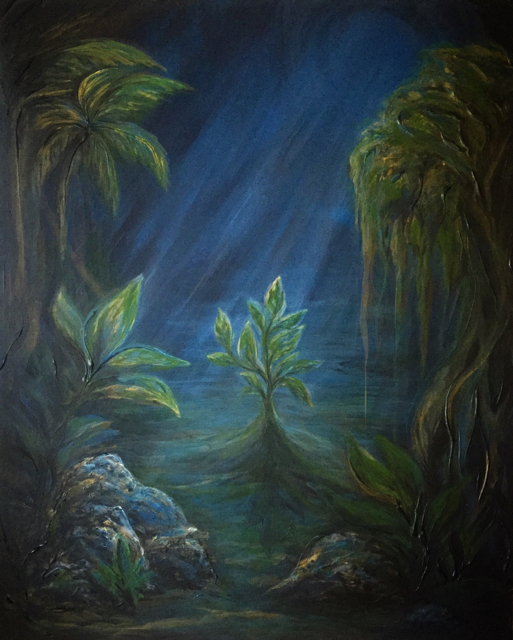 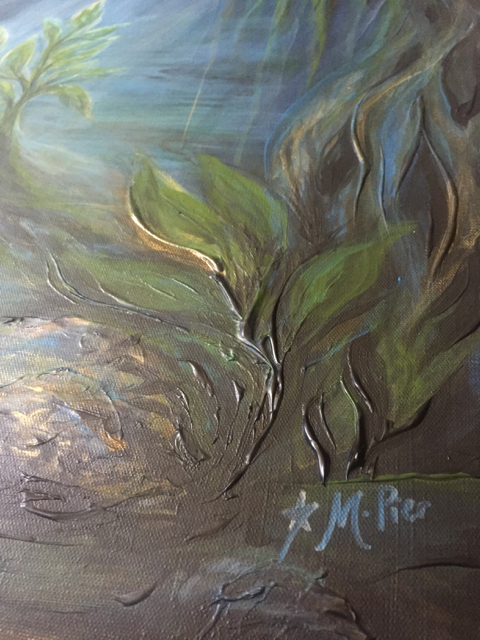